If there’s one thing The Ketogenic Diet stands miles apart in, it’s the ability to burn fat and shed weight. Ever wondered  why most people following an “approved” diet never lose weight?

Or when they do, it is mediocre at best?

It’s because the influence INSULIN exerts over their bodies, making it near impossible to slash through fat stores. [1]

If you’re tired of not losing any weight, feeling lethargic or just believe that the way your body is functioning is not the way it was meant to be, that could stop today.

Ready to be blown away?

The Ketogenic Diet Leads To A Switching Of Energy SourcesWe’ve all heard that carbs are the primary source of energy our body needs, and that it’s the “preferred” way to go.

What if I told you that this is utter garbage?

Let’s step back a few thousand years, into the life of our ancient ancestors, during the Paleolithic Era. There were no modern conveniences, no baked goods, and no enriched wheaten garbage commonly consumed as dietary staples today.

Instead, their “occasional” diet (by occasional we mean whenever food was available) consisted of animal protein (which is also loaded with saturated fat) and the occasional berries or nuts.

This diet and scarcity of food put their body in a constant state of ketosis, making it possible for them to remain lean and healthy all year long. In fact, fossil record indicates that their bones were larger, teeth did not experience significant decay, and overall health was superior.

What does this mean for us?

It means that a diet composed of animal protein and fat heavy sources, vegetables and the occasional sweet treat is the way our bodies were meant to function. Our metabolism is fat based, not carb based, as it was forced to adapt to over the years.

Following The Ketogenic Diet Results In A Superior Lipid Profile

If you’ve never heard about a lipid profile, it’s simply a “collection” of all the values related to our cholesterol and lipoprotein levels in our blood.

Under the influence of carbohydrates and insulin surplus, our body holds on to fat for storage, resulting in both increased fat mass and circulating triglyceride levels.

When carb stores are depleted, as occurs under Ketogenic conditions, fat is liberated from its stores, to be oxidized for fuel. The result is improvement in cholesterol and triglyceride levels.

Muscle is the exact location of fat oxidation, insides structures known as mitochondria. Insulin is an anabolic hormone, no argument there, but insulin promotes gain of both muscle and fat, a condition far from ideal. By promoting growth of lean muscle tissue, additional fat is required to power synthesis, in a synergistic process (more fat is burned by more muscle, and fat helps power muscle synthesis)

The keto diet recommends less than 50 grams of carbs per day, preferably less than 20. However, in case you are not quite there with your dedication or you workout a lot and need more carbs, you can still reap a ton of benefits with some modifications.

Many people actually follow what is known as a cyclic ketogenic diet (CKD), which is modified by allowing carbs around workout times (specifically high intensity sessions).

Some people never truly get past the initial feelings of weakness when adapting to the diet, and prefer a little “insurance” around workout times.

You still are in a ketogenic state for many hours of the day, except your peri-workout window, when a few carbs can be justified.

Fat burning on the ketogenic diet is on an entire level of its own. It is virtually impossible to lose the same amount of weight any other way that does not border on insanity (RE: biggest loser style).

We encourage you to adopt some form of the ketogenic diet into your lifestyle, so that you can truly enjoy life for what it’s worth!

If you are convinced that the Keto Diet can really work for you, but do not know where to start then we are here to help.

Get our 8 weeks of custom keto meal plan, and design it according to your food choices and goals. We have done all the heavy lifting here, click here to get started.

We respect your privacy and your data is secure! 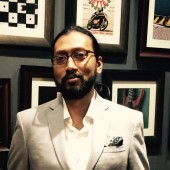 A Biohacker, A Keto Mystic and A Sugar Crusader who loves to cook healthy and scrumptious recipes.